Why Does Japan Use So Much Packaging? My Experience With Japan’s Food Sharing Culture

There are many factors for why Japan uses so much packaging. A cultural tendency to want to easily share snacks one of these reasons, along with Japan’s views on hygiene and common eating practices. Throughout this article I will go over my own experiences living in Japan, and some things I have I noticed.

The moment I realized just how much packaging Japan uses

One common thing you’ll see at a Japanese supermarket snack isle is snacks, within wrappers, within wrappers, within packaging…within bigger packaging…you get the idea. This was one of the small culture shocks I had when I first moved to Japan. I remember one of the first days I got here I bought some groceries, and decided to try a box of cookies. I remember getting home and being pretty frustrated, because every single individual cookie (these were not American sized cookies) was wrapped in it’s own plastic wrapper. As I enjoyed one tiny cookie…2 quarter-sized cookies…3! THREE WHOLE COOKIES…I realized that I had eaten what would have been the equivalent of 1/3 the size of the cookies you can buy in the US, and that I now had a small mountain of plastic wrappers beginning to form at a frightening rate.

Why…oh why would they do this? Isn’t Japan a relatively eco-friendly nation? Plus, Japanese people are so waste-conscious! What’s with this?

In Japan, I have to sort my trash into 10 different categories just to take it out, but the wrapping form this cookie box is creating a short layer of cushion that is currently padding out my 15 x 15 1LDK apartment. How can this be. How…is this logical? WHY JAPANESE PEOPLE!? Why!? Well…so why does this happen?

Why does Japan use so much packaging?

Wondering this myself after my little cookie incident, I’ve asked some Japanese friends over the years their thoughts on this. It’s a bit difficult to answer questions like this, when this is the country you have spent your whole life living in. It is difficult for people to realize how extreme the packaging in Japan can get, if they have only ever lived in Japan. That being said, this is the answer I have gotten the most often.

Japanese companies use more packaging with snacks, because Japanese people like to hand out snacks to their friends, family, and colleagues. This is also a part of the Japanese sense of hygiene, as people are generally adverse to touching their foods. One example of this sense of hygiene is how Japanese people will always hold sandwiches and hamburger with an external wrapper.

How Japanese people share food, and it’s effect on packaging. One of my experiences with food packaging in Japan

It’s the little things that stick out to you when you come to Japan. I remember it was somewhat of an eye-opening experience for me, how something so small can explain so much with so few actions. And…this is funny, but sharing a bag of chips with some Japanese friends was a real ‘aha’ moment for me.

So…what was it? It’s a pretty big deal…

As a symptom of Japan’s collectivist mindset, bags are often opened completely down the middle, while making effort to spread out bag’s contents over a wider area so people’s hands don’t touch. I prepared some pictures so that you can better visualize what I mean by this.

So, i’ts not like people don’t pour out chips to share them in Western countries, but I have seen this done in these exact 3 steps so many times here. Every single time I’ve seen a Japanese person eat something that came in a bag (snacks, chips, cookies, etc.), people have done this as a formality, almost as if to communicate indirectly with those around them ‘feel free to help yourself!’

So if people share chips like this in Japan, why do they individually wrap other kinds of snacks?

I think the simple answer is that chips are seen more of a food to be indulged in, while cookies and other small desserts are typically eaten in much smaller portions. I think we even has this small unspoken rule in the West as well. It would be weird if somebody opened up a bag of chips, eat one single chip from the bag, and put the rest away for later right? Like…you just wanted to eat one chip? On the other hand, it would be more normal to eat a single cookie, and put the rest away for later right? Why is that?…I honestly can’t really answer, but the point is that the emphasis placed on individual packaging in Japan serves the purpose of making it easier to share foods that are more often eaten in smaller portions. Rather than shoving 20 oreos into a tray like they would in the US, they instead may individually package one cookie at a time. This is partly influenced by Japans constant need to assing a ‘proper’ way of doing basic tasks such as eating, and also Japan’s health-conscious society that places much more importance on balance within portions compared to most places in the world.

And especially to the US! Oh boy…

So yeah…there definitely wouldn’t be an individually wrapped…cheeto or something like that in Japan. HA! Nope…would never happen.

I think the reason why umaibo are individually wrapped is because they are more about the experience of trying different flavors with your friends. So you might buy 10 and share them all together for just around $1 USD, for example.

There is another reason why Japan’s food industry incorporates (and other industries, for that matter), use so much packaging; There is a culture of companies constructing exclusivity within their own brands. By creating two rival versions of the same product, companies hope that people will talk within their friend circle about which ‘team’ they belong to. A classic example of this would be with the original Pokémon red and blue release.

In order to catch every Pokémon in the game, you had to own both copies of the game, or trade with somebody who owned the version of the game you didn’t. Japanese companies love creating this discussion around ‘teams’ (Ha, or 派) in Japanese. I think the most prevalent example in the food industry would be Meiji’s rival chocolate mountain-plant-based-snacks, kinoko no yama (lit. mountain mushroom) and takenoko no ri (lit. bamboo village). You can see them both below. Put simply, having so many versions of the same product means that the exterior designs must be updated in tandem, resulting in tons of exclusive paired-products and often complete redesigns of store shelves.

Me personally, I’m definitely a mushroom man myself, and anyone who isn’t doesn’t even deserve the breath it will take to spout their stupid opinion. They’re wrong. UGH. I’ll think I’ll go start a twitter poll.

And that’s how it goes…

Japan and America’s food culture and the concept of hospitality. Also, how this is connected to the expectations of packaging.

Actually, it’s more like people take this act so that they don’t have to say ‘please help yourself’. I say this because there is a famous Japanese socio-linguist, Doi Takeo, who devoted the first chapter of his book The Anatomy of Dependence to one of the biggest cultural differences he noticed between, in particular, America and Japan. These kinds of indirect means of communication are an integral part of Japan’s ideal image of hospitality, where a guests needs are met without needing to directly communicate their wishes to host. This is very different to the American ideology, where emphasis is placed on creating a setting where the guest can feel ‘at home’ to speak. In Japan, the idea of feeling ‘at home’ in someone else’s domain is reserved strictly for the closest relationships.

A packaging of hospitality; host hospitality and food culture in Japan and America

There is a display of intentionality that can be seen as common ground between the relationship of both the typical American and Japanese host-guest hospitality, although there is an emphasis placed on demonstrating an ability to ‘read the air’ much more in this situation in Japan. A common trope seen in this setting in Japan (although this is becoming more rare) is that a Japanese person will receive an offer for food or drink 3 times before accepting. It is their job to show their proclivity to enryo (遠慮) by exercising restraint, and it is the host’s responsibility to show their strong desire to provide a hospitable environment by offering multiple times. This is a topic I would like to write further on in the future. For now, I can say that the increased importance placed on this dynamic in Japan is one of the primary factors that affects how people share food in Japan. This dynamic has a direct impact on the way packaging (and food portions in general) are designed for the domestic Japanese market.

Japanese companies use so much packaging to satisfy the cultural expectation that aligns with Japan’s collectivist tendencies. People want to share food, but share food in a way that is seen as more removed and hygienic than what is typically normal in the west. On top of that, Japan’s history of marketing campaigns that encourage the design of multiple competing version of the same product make Japan a country that tends to use a much higher amount of packaging than other countries.

If you want to try Japanese snacks

If you want to try to Japanese snacks, and want to support this site, please consider purchasing a Japanese snack bundle through the Amazon link I have placed below. I receive a small percentage of the sale in commissions, and you get to eat delicious Japanese snacks wrapped in layers of plastic! I also made sure to find a bundle with a fair price and good snack choices (There are a lot of ‘wacky Japanese foods’ that nobody here ever eats. Not in this bundle! I made sure to check!) This package also contains the individually wrapped umaibo cheeto-like corn puffs I talked about in the article earlier! Check it out.

Click here to check out the Japanese snack bundle on Amazon.

For more information on Japan’s unique food culture, and how Japanese culture affects small things like this in everyday life, why not check out the article I wrote below about Japan’s coffee culture, and the reason why people drink coffee so often in Japan? It’s a great read! Unbiased opinion! I have learned humility since moving to Japan, I swear!!!

This is Why Japanese Doesn’t Have Spaces Between Words. 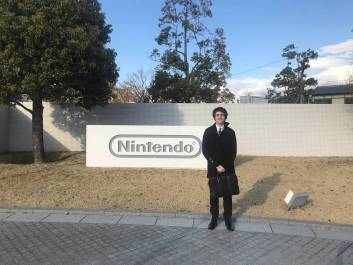 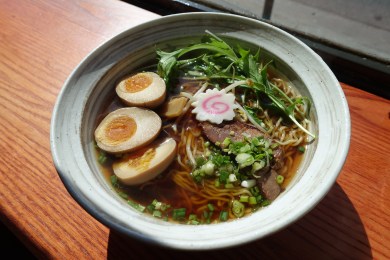