People in Japan probably don’t eat sushi as often as you think. Sushi is typically consumed on special occasions and is considered more of a ‘communal dish’. There are many social aspects why people don’t have sushi in Japan as often as you would expect, which I will go over in this article.

When and how often do people eat sushi in Japan?

In my seven years of living in Japan, I have noticed this interesting phenomenon in Japan. There are certain dishes that acceptable to eat by yourself, and there are meals that are typically only eaten in a group setting. Essentially, there are dishes that are…weird to eat by yourself. Because of this, I would say that sushi is generally only eaten during special occasions or at family gatherings, and occasionally when you are out with your friends. Sushi, however, is also seen more as a daytime food or lunch food. (you’ll understand my thought process throughout this article.)

All of these factors considered, Eating sushi out is one of those luxuries that you would never buy for yourself, if you get what I mean? People eat it with friends or family, but I think it’s pretty rare for somebody to eat at a sushi bar by themselves in Japan. Of course, I’m not a sushi aficionado, so there may be some exceptions to this rule. In reality, there are always exceptions to these kinds of rules, but in my experience, people in Japan don’t eat sushi quite as often as you might expect.

So…why don’t people eat sushi as often as other foods?

As I had stated above, in Japan there are certain dishes that acceptable to eat by yourself, and there are meals that are typically only eaten in a group setting. Why? Well…this can get…complicated. It’s certainly far more difficult to describe why this is than what I was initially expecting. Upon writing this article, I realized just how many unspoken rules affect what people eat in Japan, and how often they eat individual foods depending on the social setting. These rules can become difficult to keep track of, and I think many people in Japan follow these rules subconsciously and may not even realize that they’re doing it until it is pointed out directly.

There are foods that are…just a little bit strange to eat by yourself in Japan.

I’m not quite sure why, but, because sushi is just generally thought of as something you don’t eat by yourself. I think this may be because most group interactions take place be at night in Japan (people work very long hours, and often on the weekend too), and most of these interactions will be at an izakaya for a nomikai. This means that they won’t be eating sushi that night…probably, because it’s pretty rare for an izakaya or general nightlife style restaurant in Japan to serve sushi. Sashimi, yes, but sushi is almost never eaten at restaurants like izakayas in Japan. This means that sushi is usually only eaten with families at nightly gatherings and occasionally with friends, due to the awkward timing. If you want to learn more about this timing in regards to Japanese nightlife and group gatherings, please feel free to read a separate article I wrote I have linked below, where I outline the timing and unspoken rules to group gatherings (and restaurants) in Japan. Essentially, sushi isn’t commonly eaten out during night gatherings in Japan (I’m not sure why, it’s just the way it is I think), which results in Japanese people eating sushi much less often than other foods in japan, because nightlife is such a huge part of the Japanese lifestyle.

I think it might be a little bit difficult for you to imagine exactly what i’m talking about when I say “nightlife style restaurant” or “izakaya”, so I’m going to link to another article I wrote about izakaya and what people generally do at group gatherings in Japan below.

Some examples of foods that are commonly eaten alone when out in Japan;

It is common for people to eat ramen by themselves or in a group. There is kind of a subtle design shift in the way some restaurants are laid out for single diners, and group diners. Restaurants will generally lean more to towards one demographic or the other. A great example of a ramen chain that is catered to the solo diner is the Japanese ramen chain Ichiran, which has partitioned seating and a curtain separating you any staff. The entire experience at Ichiran is designed so that you don’t have to interact with a human being. To order you buy a slip from a vending machine at the front of the restaurant and fill out a form with the specifications of how hard you would like your noodles to be, the thickness of the broth, if you want an egg, etc. They literally have a pen chained to the wall in your booth like you’re filling out forms at a bank. After you fill out your order sheet, you can press a button and a member of staff will lift up the curtain on the other side of your ‘ramen pod’ (I’m choosing to call it that), and take your order without you ever seeing their face. It’s an introvert’s dream, and I do recommend trying Ichiran if you visit Japan, because it is a pretty unique experience.

A gyudon is often translated to “beef bowl” in English. It’s essentially strips of beef on top of rice, often with added green onions and ginger. Not much to say here. This one is very rarely eaten in groups, and very often eaten alone at gyudon restaurants, typically by Japanese salarymen and students.

The unspoken rules of food etiquette in Japan; a few examples

These kinds of social unspoken rules are everywhere in Japan, and are often a wall foreigners will butt-up against unknowingly in their goal of becoming part of the Japanese community. This exists not only in the case of what meals are meant to be eaten alone, and what meals are meant to be eaten in a group, but in regard to the appropriateness of timing and circumstance in general. This factor is tied heavily to how often people in sushi in Japan, as well as different foods in general. I found them pretty interesting when I moved to Japan, and there are a TON, but let me go over a few key cultural differences that I found quite interesting.

Unspoken rule of what to eat or drink where in Japan #1; In university you can only drink green tea, coffee, or water

A good example of this shift idea of unspoken rules in regard to specific setting is an experience I had during university. In Japanese university (or at least in my university), probably 98%-99% of the students would drink bottled green tea, water, or coffee in class. That’s it. If you had anything else you would be labeled as a “KY” (short for kuuki yomenai 空気読めない, which basically means you have no common sense.) Anyways, I remember one time I was going through a bit of a green dakara phase.

Green dakara is a Japanese drink that is basically a flavoured water. The taste is subtle and struggling to describe it.

Apparently this was a really weird thing to do, because you’re only supposed to drink coffee, green tea, and water in class. It’s just normal! Don’t you want to be normal? I also had people comment when I would enjoy a nice milk tea (another super popular drink in Japan). “American! That’s so American! Wow!” They would say to me…

Yeah, because if there’s anything that’s an American stereotype, it’s that we really love to drink our milk tea. When in doubt, pinkies out!

Unspoken rule of what to eat or drink where in Japan #2; Never ever…don’t even THINK about having yakiniku alone

If you don’t know yakiniku is Japan’s version of Korean barbecue. This one is actually very real, and is from one of my favorite Japanese TV shows, “He Who Cannot Marry”. It’s basically about this guy who’s a total creep and general awkward weirdo. He has no friends, and comes home to his apartment with paper-thin walls to blast classical music and enjoy his favorite yogurt drink. I think this happens in one episode.

I would actually really recommend this show because it pokes fun at a lot of these unspoken rules in Japan, and a lot of the common tiny annoyances you will face in everyday life.

One episode revolves around how the main character, played by Hiroshi Abe, is such a slimy pathetic loser because a few of his coworkers catch him eating yakiniku by himself when out one night. Whenever you walk into a restaurant in Japan they will ask you “nanmeisama deishouka 何名様でしょうか？”, which is a polite way of asking “How many are in your party?” Well, when Mr. Abe had confidence to say “party of 1”, the waitress could hardly process his answer. You want to eat…yakiniku by yourself? BLASHPEMY!?

She thought to herself in perfect English

Then they all talk about him behind his back about he ate meat by himself! HE ATE MEAT BY HIMSELF! Really though, it’s a fanstastic show. If you’re interested in watching He Who Can’t Marry (which is a fantastic show to use to study Japanese), you can watch it on Japanese Netflix.

I would say that compared to the west, it is more common for people to eat out by themselves in Japan, but there are only certain foods that people commonly feel comfortable eating by themselves.

Due to a slightly higher price tag, and the cultural norm that sushi be eaten in a group setting, Japanese people don’t sushi as often as you may expect. Many Japanese families will eat sushi during special occasions, and sushi is often treated as a more premium item. I would guess that people in Japan eat sushi once every other month or so? This is a total estimate, and obviously depends on the person, but is based on 7 years of experience of me living in Japan.

If you are interested in learning more about Japan’s food culture, please check out the article below.

If you are interested in learning Japanese or beginning your journey to becoming a Japanese master, please check out one of the articles below.

How Long Does it Take to Learn Kanji? My Experience 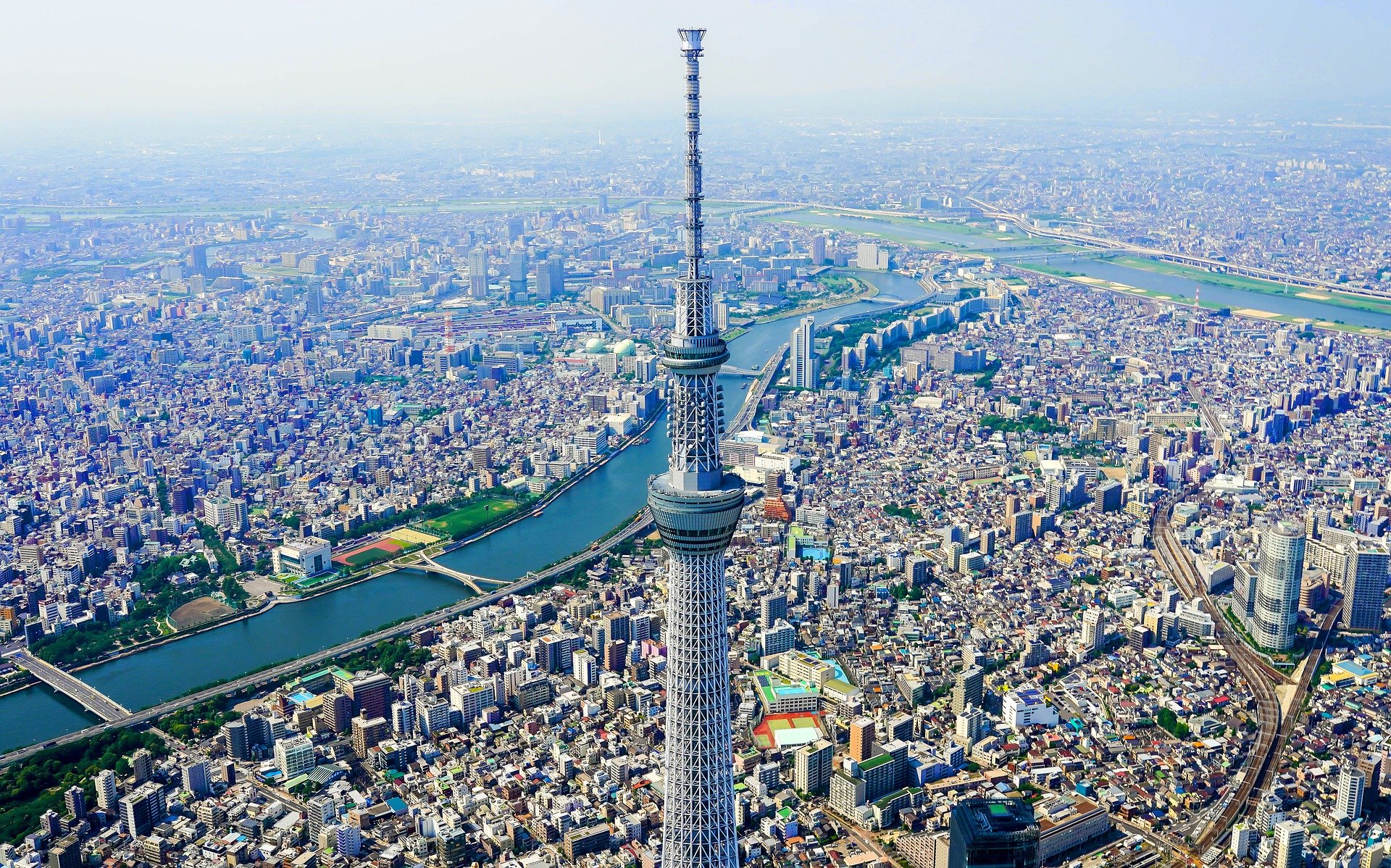 1 comments On How Often Do People in Japan Actually Eat Sushi? About Some of Japan’s Unspoken Dining Rules