This was not a surprising answer for me, as it not only reflects the infrastructure of Japan as a whole, but also reflects the philosophy of the Japanese concept of ‘Nijikia’ (二次会) that I have seen so often over my 7 years living in Japan. Walk down any street in Tokyo and you may find an armada of neon lights, an acoustically isolated ancient temple, A ‘robot restaurant, a tea shop in a traditional garden, a VR game arcade and a chain of game bars, DVD rental shops pulled straight out of the late 2000’s… These are all things that can be found within walking distance of each other not just in Tokyo, but in most Japanese cities.

Imagine going from here to here…

Within just a short 5-minute walk

Needless to say, Tokyo is a city where people do things on-the-go.

And the funny thing is, I could keep going. Indiscriminate to both human relationships and city infrastructure, Japan is a country of both balance and contradiction. One can be pulled onto the precipice of cutting-edge, only to be pulled back into the realm of nostalgia. This is especially true in Tokyo, which is the city with the highest population in the world.

Game-bars, arcades, owl cafe’s, cat cafe’s, maid cafe’s, shooting bars, every kind of themed bar or restaurant you could imagine, all-night karaoke booths, every kind of specialty shop. Anything that you can possibly think of, there is more than likely a place where you can enjoy that out-in-public in Tokyo, or any of Japans major cities.

The reason for these establishment’s existence is somewhat of a double-edged sword. Small living quarters and paper thin walls ensure that it isn’t only inconvenient for most people to host social gatherings in Japan, it’s downright rude in most cases. While I never formally met my neighbors when I was living in my university-owned apartment complex (this is normal in Japan), I was able to pick up on the fact that someone’s favorite character to play in super smash bros. was kirby. “, HIII” * and other various kirby noises aside, lucky for that person I like smash too, so I was willing to let it slide. Besides, the vacuum-like sound effects made for some great white noise.

The entertainment industry plays a huge role as an outlet

Japan’s infrastucture (and culture) creates a situation where people can only let-loose in certain situations. An essential part of Japanese culture is the idea of ‘Enryo'(遠慮), which can most closely be translated into English as ‘restraint’. Restraint so that you may show your willingness to maintain your proper position in society. Restraint, so you may put other people’s needs above your own. Restraint, so that you can show humility and the proper respect. While this could (and likely will be) an entire topic I cover in and of itself, these expectations form the backbone of Japanese culture, and this cultural expectations coupled with the population density and living conditions in Japan create a high-stress and highly context-sensitive environment. Most establishments in Japan attempt to provide customers with an atmosphere where their customers can let loose. In this way, it is easy to understand why two forms of escapism: travel and eating out (which is really code for drinking, in my opinion) are what social life and leisure time is centered around in Japan.

The concept of a ‘bureiko’ and ‘nijikai’

As a form of this release, drinking parties, or ‘nomikai’ (飲み会) have become a cultural icon of Japan. In my 7 years of living here, I have probably been to hundreds of these. When I was in university we would go out and get drinks as a class almost every week. ‘Nomikai’ perform an important role in the lateral social structure of Japan, because they give everyone an opportunity to talk to each other as equals. This concept is known as ‘bureiko’ (無礼講), which basically means that ‘anything goes’. While the expectations to conform to societal standard in everyday life is comparatively strict by western standards, you can get away with almost anything at these drinking parties. In fact, people are often encouraged to go completely and utterly ham. Almost every ‘nomikai’ will be followed by a ‘nijikai’ (二次会) which can be literally translated as ‘The second party”, perhaps ‘The after party.’ This is when people typically go out to do some of the more crazy things the night-life in Japan has to offer. A ‘nomikai’ and an all-night karaoke session goes together like dinner and a movie. Basically, a meal or nomikai is the standard thing to do, and what you do for the ‘nijikai’ is decided after-the-fact. This order is very important.

It would be pretty strange in Japan if you invited a group of people to go do karaoke. You invite people to the dinner. Then you can read the room, and suggest something fun for the nijikai when you’re standing outside the restaurant. This is a key bit of timing that new-expats in Japan often don’t pick up on, and it can make play with people’s expectations for the night and frustrate some people. A good way to think about it is; Everybody likes food, so start from there! Simple travel generally works for this too, although you have to factor in a lot more variables. Start with something that everyone can enjoy, and secretly plan your nijikai proposal.

When in doubt, go find the nearest izakaya.

The majority of pictures from my life that I included at this post were taken at an izakaya. An izakaya is often translated as ‘japanese pub’, although I would say the atmosphere of a pub and an izakaya are pretty different, despite the heavy drinking that takes place in both establishments. Essentially, an izakaya is a restaurant that caters to the need for the aforementioned ‘bureiko’ and ‘nijikai’ by offering a restaurant that supports the need for 2-3 hour-long drinking sessions. ‘Nomihoudai’ (飲み放題) or all you can drink is a staple of Japanese izakaya. You can expect to pay 3000 yen, or around $30 US for 2-3 hours of all-you-can-drink beers, chuahai’s, high-balls, etc. (I plan to write about all of the major kinds of Japanese drinks as well). At most nomikai’s, a whole group will agree to pay for ‘Tabenomihoudai’ (食べ飲み放題), which is all you can eat and drink. Every restaurant has different courses, but you can expect this to run you around 5000 yen, or $50 US. Nomihoudai is pretty standard, and you can know what to expect, but there are restauarants where 5000 yen for tabenomihoudai is a steal, and there are places where its a total ripoff. It can be a bit of a gamble, but checking for reviews on apps like Hot Pepper can save you a lot of trouble. Of course, most of these reviews are in Japanese (all of them?), but I know it has saved me a lot of trouble. You can find the link to their website below.

Generally speaking, you can’t go wrong with an izakaya. So if you are inviting people out, this would be recommendation for people looking for a safe bet that are relatively new to Japan. I will be covering more about izakaya’s and the types of food and drinks you can order in a later article, so please look forward to that. Until then, happy izakaya-hunting. 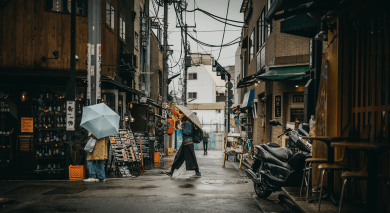 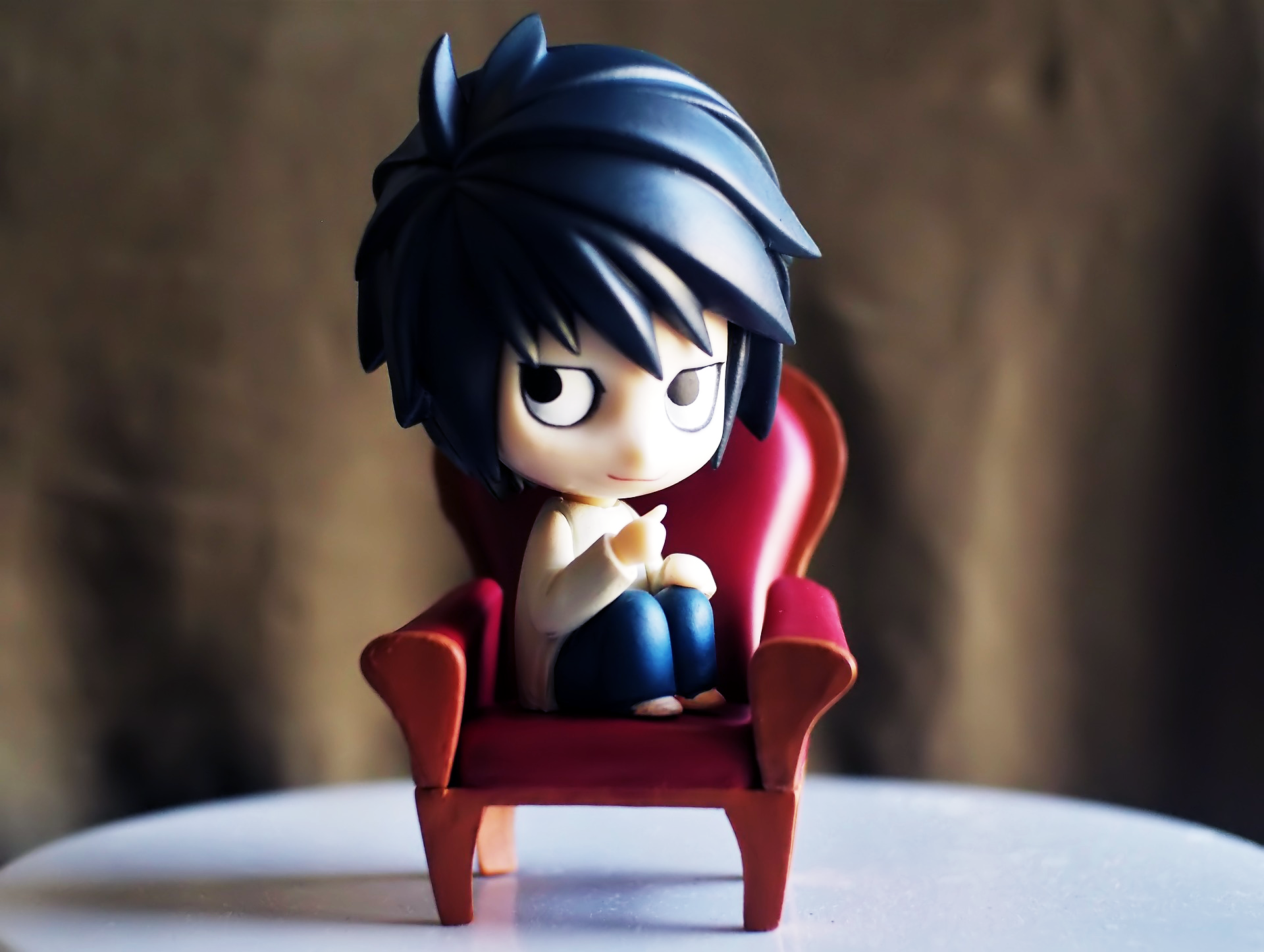 Anime Recommendations From a Guy in Japan Who Isn’t Really Into Anime. Which Anime Should You Start With? 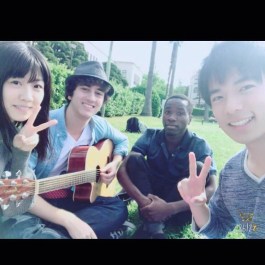 8 comments On What Do People Do For Fun in Japan? The Concept of “Nijikai”