Behold, the first word of many I will introduce on this site that carries a lot of cultural weight in Japan; Kirikaeru, Which can be directly translated to “To switch on or off”. This “switch” isn’t a mere linguistic nuance. It is an unspoken truth of Japanese social dynamics. There is this expectation to align yourself with others. To adjust your personality to the needs of the room. In contrast to this, in the west, it is generally an optimal strategy to put on a face at work or with someone you’re trying to give a good impression. The cultural norm in the west may even be to almost trick those around you into believing in this cherry-picked persona. The western concept of identity is one of consistency, and authenticity. The the origin of the English word “identity” is “identitatem”, lit. “Sameness.”

In Japan, People seemingly instantaneously adjust their demeanor and mannerisms, all in an attempt to fit the needs of the room. It’s not just normal, it’s a cultural expectation. In Japan, all parties involved know that this process takes place dozens of times in each encounter, and it isn’t offensive or off-putting in the slightest. But how can this be? How can you come across as authentically kind when you change your entire demeanor right in front of your eyes? Won’t you come off as ‘fake?” It isn’t strange to adjust your demeanor, posture, voice, and entire personality right in front of someone’s eyes with the slightest shift in social balance. This is a piece of Japan’s culture of ‘enryo’, but I would like to delve into that more in a seperate post. It’s a can of worms I definitely intend to open.

The explanation for this phenomenon often gets explained by expats as a result of ‘Honne’ and ‘Tatemae’, Which can be roughly translated as one’s true thoughts (being Honne), and the face you choose to present to the world (being Tatemae). It’s a topic that has practically become an icebreaker for expats in Japan. ‘How are you holding up with the Honne and Tatemae? Or perhaps something along those lines.  Once you reach Honne and Tatemae, you are starting to get somewhere in understanding the workings of Japanese culture from ‘the inside’. However, in my opinion, after living in Japan for the better half of a decade,explaining away the complexities behind this personality shift as simply being ‘tatemae’ (public face) is a bit of an oversimplification.

Here the priority lies less in coming off as genuine. Instead, It is more important to show that your intention is to maintain harmony with your surroundings. This is seen as a form of restraint in Japan (遠慮：’Enryo’). By choosing to refrain from one’s true self (that being the general concept of honne), you are showing your intentions to withhold harmony within the group. To show your intentions to maintain harmony, this contributes to the overall ‘air’ of the group (空気：’Kuuki’), whereas you ‘read the air’ (空気を読む ‘Kuuki wo Yomu’) to adjust yourself to the group appropriately. The key here is intention. Acting from a place of tatemae (the public face) is acceptable, however, it is more pertinent to show your intentions to adopt tatemae. Put simply, it is more polite to demonstrate your shift in demeanor in front of others in Japan. By showing this intention , you are demonstrating a wish to achieve harmony. From a western emphasis this may be seen as the most extreme form of conformity, but in Japan, it is rather seen as demonstration of will or perseverance (specifically, 我慢:’Gaman’, which is another can of worms waiting to be opened). After all, how can we truly conform in a western way when our identity is so fluidly adaptable based on our environments. Identity is a game of perspectives, especially in Japan.

What’s more, distinguishing between ‘Honne’ and ‘Tatemae’, or this ‘Public’ and ‘True’ version of oneself isn’t a simple task. I’m sure you’ve had an experience similar that you can relate to. Think back to your first day of school, or perhaps a 1st date. Were you being the most quote-on-quote ‘real’ version of yourself? Were you acting ‘fake’? I think you’ll find that the answer lies somewhere in the middle. By attempting to put your best foot forward and show off your best ‘self’, you subconsciously fill those shoes. If not just a bit more, if only for an instant. It’s a debate as old as philosophy itself, but the obsession with personal identity seems to be a predominately western pursuit. While I don’t wish to diminish the value of that discussion, Eastern cultures have invariably tied the image ‘self’ as being an entity inseparable from the greater universe. In the east you are a part of your environment, not divorced from it.

By showing this intention , you are demonstrating a wish to achieve harmony.

Perhaps we can draw conclusions on our self identity by averaging out our demeanor in a number of situations. Say, for example, you have an enjoyable week, but just one truly dreadful day. Does that make me a ⅔ times optimist with a pinch of dreadful nihilist? Perhaps you’re a debbie-downer when it rains but love when it snows. Perhaps you have noticed, all of these examples encompass a period of time involving the past and possible future. The labor of the past determines the fruits of our future. This is the way we judge identity in the west. In the west, identity is seen as the concrete culmination of past, present, and future aspirations. We end with a sum-of-the-total evaluation. In the East, identity is relevant ONLY in the context of the present, and even so it’s importance is downplayed.

Lets look at another culture with similar spiritual roots to Japan; Spirituality in India. For example, the ‘Dharma’ found in Hindu beliefs (in my admittedly blunt interpretation), is an ultimate duty one must take on their shoulders based on present circumstance. These present circumstances manifest a ‘dharma’, which is based on one’s ‘kharma’, which are the consequences of seeds sown in the present, that may or may not reap rewards in the future. It is a fundamental belief in Hinduism that to achieve a result, a seed must be sown with no hope for its growth. The only matter is the present, which is to take action to fulfill one’s ‘Dharma’. This perspective on time and presence exists across many cultures across Asia.

In Japanese, there are several different versions of the English word ‘I’. Each person speaking Japanese chooses which version if I they wish to use based on a variety of environmental factors. The most commonly used words (typically by men) are 私’watashi’, 僕’boku’, and 俺’ore’, which the speaker picks and chooses depending on their company, what they may be doing at the time, and what kind of impression the speaker wants to give of themselves. Observing this fact alone, it becomes much easier to imagine the fluidity of personal identity that exists in this country. Imagine yourself face-to-face with a new colleague or potential acquaintance, ready to choose a personal pronoun like a starter pokemon. While most people start with ‘watashi’ and adjust to a new word over time, with a large enough age gap the older person may (somewhat rarely) adopt a separate pronoun. The key takeaway from this is that the way one refers to themselves in Japanese is dependent on who they are talking to, how long they have known them for, and what image they want those around them to receive. When observing from this angle, it also becomes strange to imagine a static identity divorced from outside influence. How you feel about this all depends entirely on your perspective, meaning that the integrity of this article is dependent on outside forces as well. I may not be able to change my words, but the feeling the passages convey, the sound of the words in your head, these are all things that are out of my control. 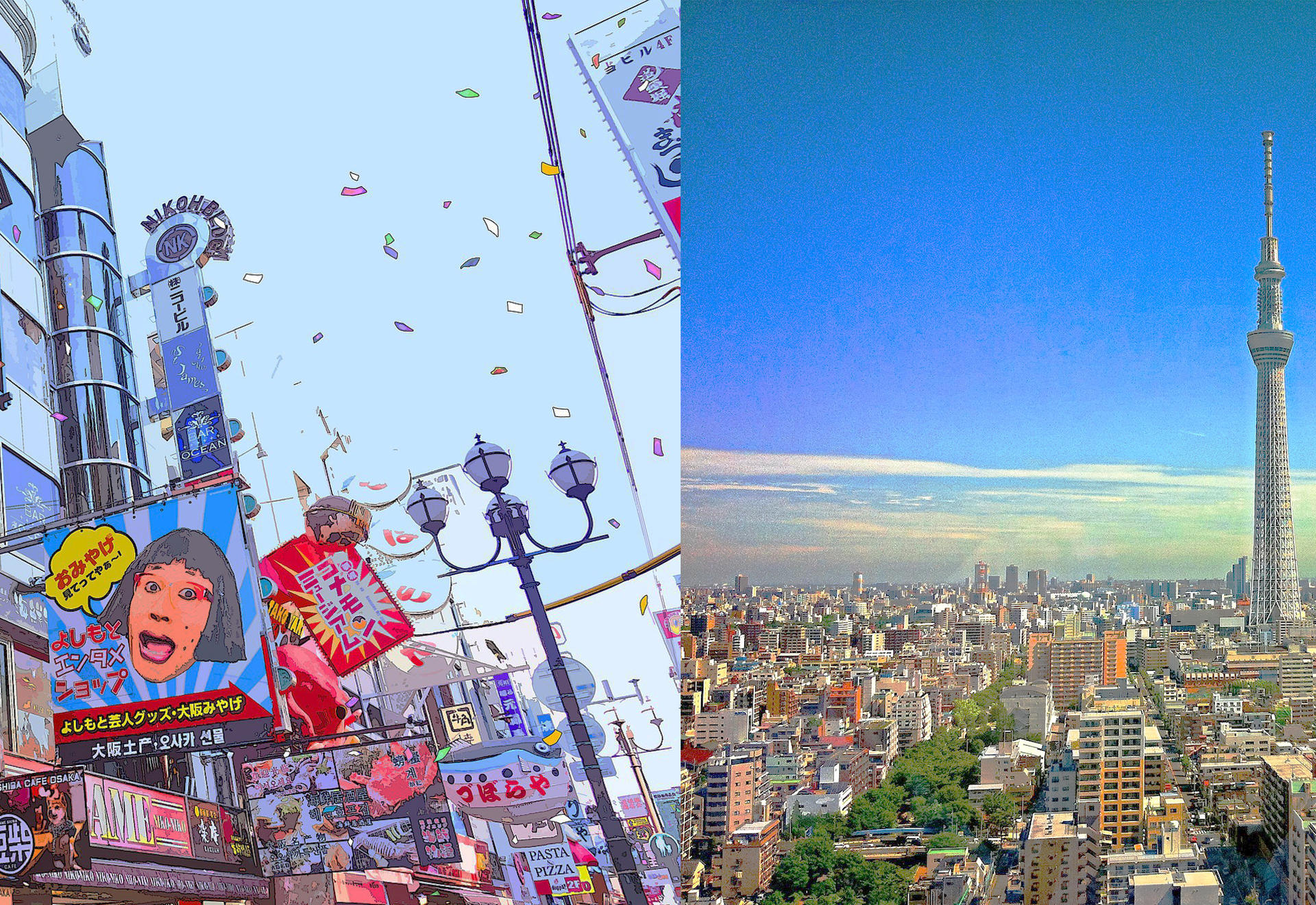 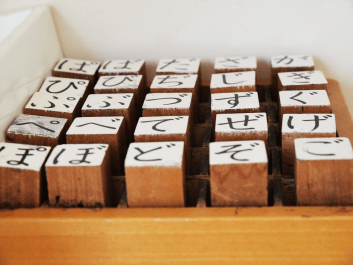 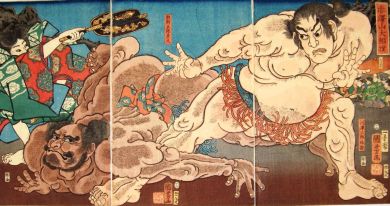 3 comments On Kirikaeru, The Switch, And Identity Within The Context Of Japan.